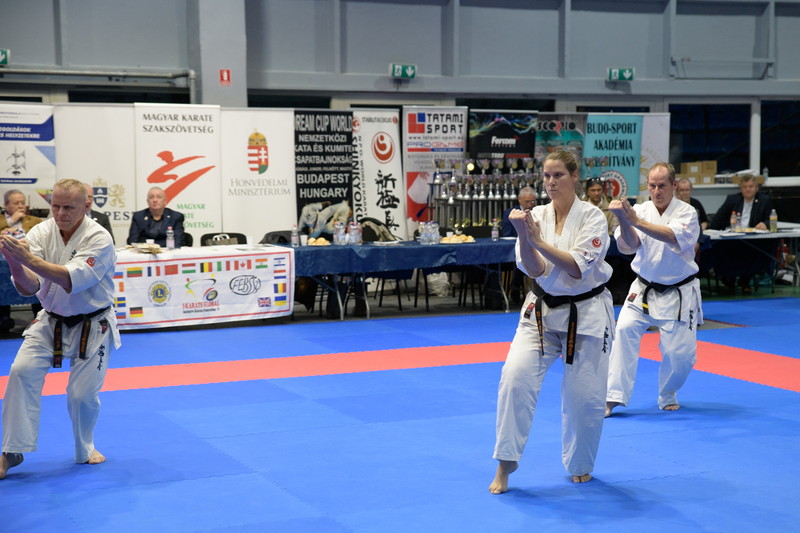 Hungarian Dream Cup 2022 International Championship & I-Karate Parasport Tournament took place on 19th November at Kellner Ferenc Martial arts Sports Hall in Budapest.
This year, the Hungarian Dream Cup was organized as part of the large-scale series of events commemorating the 50th anniversary of “Hungarian karate”.
As a unique Hungarian initiative, the Dream cup competition was organized for team KATA and team KUMITE, as well as for the first time in Shinkyokushin karate, an international parasport category. Approximately 150 competitors participated in the championship from Europe, Hungary, and Asia (Kazakhstan, Uzbekistan).
The competition provided a high-quality program for competitors, young people, and families within the framework of an international karate team championship and I-karate Parasport competition.

The championship also commemorated the grandmaster deceased last year, one of the Hungarian founders of Kyokushin Karate, the legendary 8-dan karate master Shihan Kalman Furko (1947-2021), as well as the former karate leader, Shihan Gyorgy Karmazin, who passed away at young age. In honor of Shihan Kalman Furko, the organizing committee created a “memorial cup”, which Dr. Kalman Furko, the master’s son gave to the most successful team in this competition．
In Dream cup competitions, we saw spectacular form exercises and heated battles, mainly between the Kazakh, Uzbek and Hungarian competitors, who won the most medals at the championship.
In the parasport competitions, with the coordination of Attila Halasz and Adrian Magyar, the leaders of the domestic karate parasport, and Koen Spitaels, one of the parasport leaders of the international I-karate, nearly 100 para-athletes from several countries took part in the kata and pairs kata categories, which made for a really good atmosphere, family competition resulted.
The program of the event also included a gala show with karate, self-defense demonstrations, and a super-fight between Uzbek and Hungarian competitors, which also added color to the event.