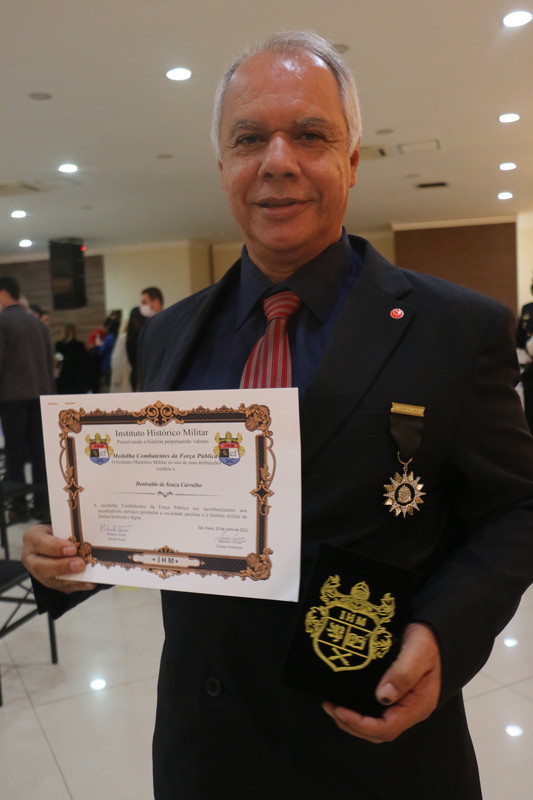 Shihan Denivaldo Carvalho received a medal for his 46-year dedication to full contact karate on July 20.
The award took place at the headquarters of the Military Historical Institute.
The medals were awarded from the State Secretary of Public Security, Joao Camilo Pires, to those involved in the relevant services to the State of Sao Paulo and have contributed to the history of the State. Other people, including a parish priest, Mr. Vinicius, who had provided the related social services to the community, also received the medals.
The military police medals were also awarded to those who had performed their military services in an excellent manner. These honorary award ceremonies are held annually.