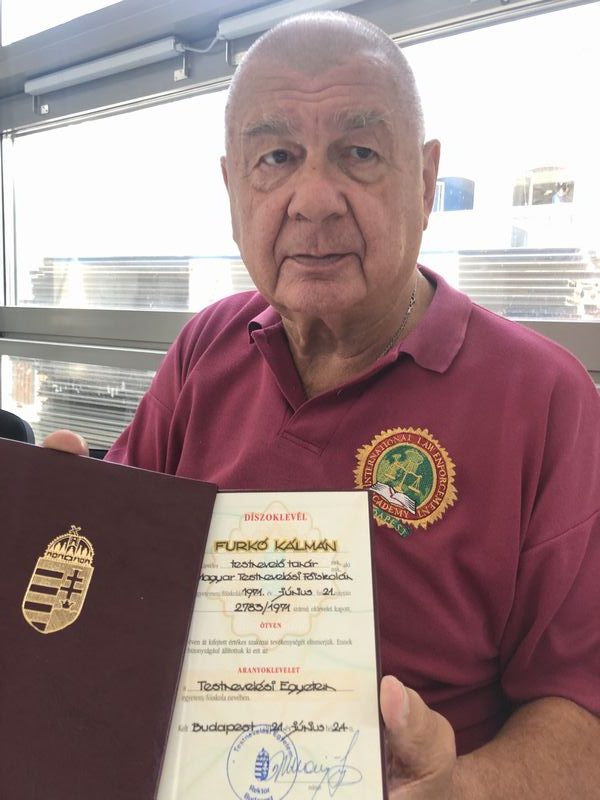 Shihan Kalman Furko of the Hungary branch received a jubilee diploma from the Hungarian University of Physical Education on 24th June to celebrate his 50 anniversary of graduation.
The Kyokushin karate history in Hungary started in 1972 at this university: Shihan Kalman Furko, who graduated from its physical education teacher program in 1971, remained at the university to study Judo. Then, he became the first student with Shihan Adamy Istvan, initiated into the Kyokushin Karate from Shihan Attila Meszaros of Sweden, who visited the university to give lessons.
Sosai Oyama came to Hungary several times during the “Ibusz Oyama Cup” international competition and visited the university, the founding place of Hungarian Kyokushin, and met with the University executives and Pál Schmitt, the then IOC vice-president (later the President of Hungary).