On 23 February 2013, the “Polish Shinkyokushin Qualifications for the European Championship 2013” took place in Ełk (Karpiński Branch).
238 fighters from 32 clubs (12 Branch chiefs of Poland) competed in the tournament. The tournament was also organized to celebrate the 35th anniversary of the Karate club in Elk. The qualifications were run in kata and kumite for kadets 98-97, juniors 95-96, and seniors.
The solemn opening was made by Mayor of Ełk Mr. Tomasz Andrukiewicz, with the presence of Vice Foreman Mr.Marek Chojnowski, and Vice Mayor Piotr Gajewski.
Main Judge Sensei Roman Kęska 4 dan, spectators 1,000. 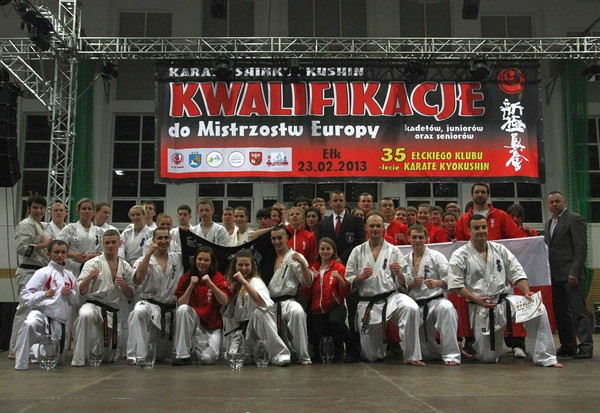