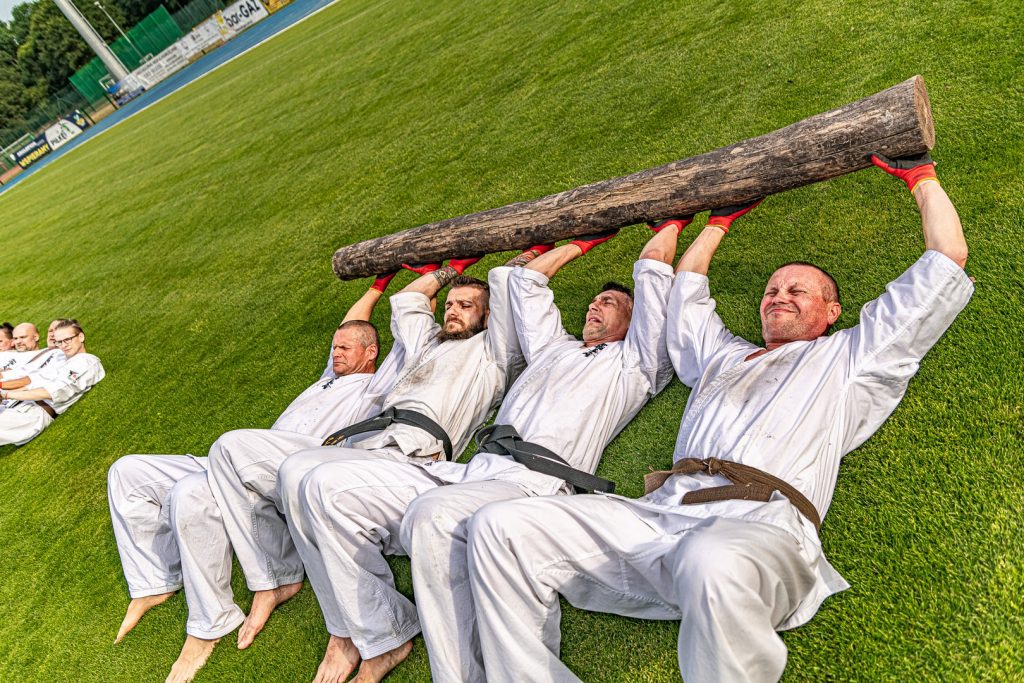 The International Kyokushin Fighting Spirit Camp was held again from 29th to 31st July in Sieradz. All the participants were greeted by the organizers: Shihan Robert Wajgelt and Sensei Beata Wajgelt. On behalf of the Mayor of Sieradz, Mr. Paweł Osiewawa, the Deputy Mayor, Mr. Rafał Matysiak, and the Director of MOSiR in Sieradz, Mr. Piotr Iszczek, officially opened the camp. This year, the training camp was attended by the members and coaches from the Netherlands, the Czech Republic, Malta, Slovakia, Belgium, and Poland.

During the training camp, there was also a Kyu exam. Congratulations to everyone who passed. The last training was kumite with all participants, which lasted almost two hours. All participants received commemorative T-shirts and a Certificate of Participation. At the end, Sensei Krzysztof Stanek, on behalf of all participants of the Training Camp, thanked for the good organization and atmosphere, emphasizing the importance of joint meetings and the improvement of Kumite and Kihon. Thank you to everyone and we invite you for next year. Osu