A seminar led by President Kenji Midori was held in Pusan, Korea on November 18th (Sun.), and over 100 participants enjoyed their hard training.

This seminar was organized by Il-Nam Kim 3rd Dan, Branch Chief of Korea. He is a Karate-ka with a great career as a competitor, participating in past World Championships and Asia Championships. In 2008, he was the winner of the Middleweight Category at the Asia Championship. He has vast experience of training in Japan, and he is now actively promoting WKO in his 4 dojos in Pusan. 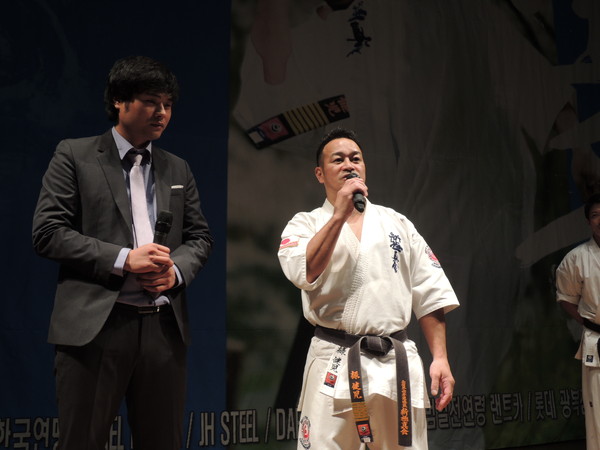 This seminar was organized by Branch Chief Kim, with the wish to further promote Shinkyokushin Karate in Korea. President Midori stated that “There is a need to work for Japan-Korea friendship through Karate, and world peace through Budo”. Not only did WKO Board Member Kimoto and WKO Executive Director Koi accompany President Midori, but Adviser Masahiko Okui (Tokyo Hokusei Branch), a supporter of Shinkyokushinkai who is familiar with Korean Business, also made the friendly visit to Korea. 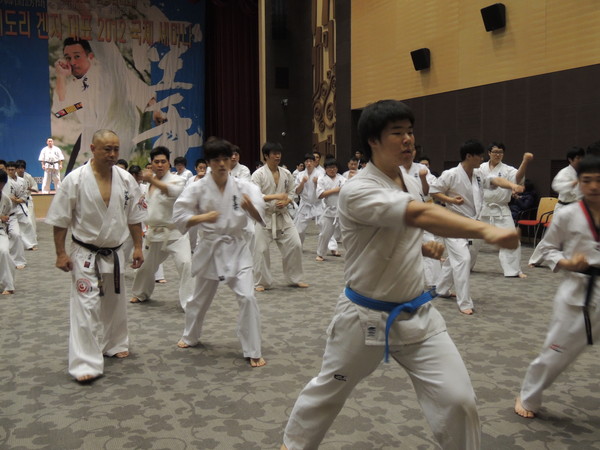 The seminar was divided into two parts, the morning and the afternoon. In the morning session, the Kihon, Ido, and Kata trainings were confirmed, and there was a special Kata training for those taking the Dan test. In the afternoon session, the trainings were centered around the Kumite techniques of President Midori, and the Tsuki (Punch) techniques of Shihan Kimoto, and time seemed to pass so fast. This being the first official visit of President Midori to Korea, in addition to members from Shinkyokushinkai, members from Kyokushin related groups such as Kyokushin-kan, Kyokushin Union, and Kudo participated in the seminar, displaying the high level of attention towards this event. Members challenging for the 2nd Dan were tested at the Grading Exam held after the seminar, held at the Honbu Dojo of the Korea Branch. Although there were times where President Midori gave strict guidance, the challengers responded to the high expectation with great Kiai (spirit). All members successfully passed the exam. President Midori, after finishing all official events such as the seminar and exam, commented “The Korea Branch is a closely knit group, led by the young Branch Chief Kim. He is also blessed by many warm and capable supporters, who do their best to support him. In the near future, I hope he will achieve goals such as opening a dojo in Seoul, the largest city in Korea, and hosting the Asia Championship. I have great expectations for the young, strong, and active Branch Chief Kim.”

The path after opening a dojo in Pusan, was not always smooth for Branch Chief Kim. On many occasions, he faced invisible barriers, such as cultural and historical differences between Japan and Korea. Such hardships have now paid off, and he is about to make the first step toward great growth. 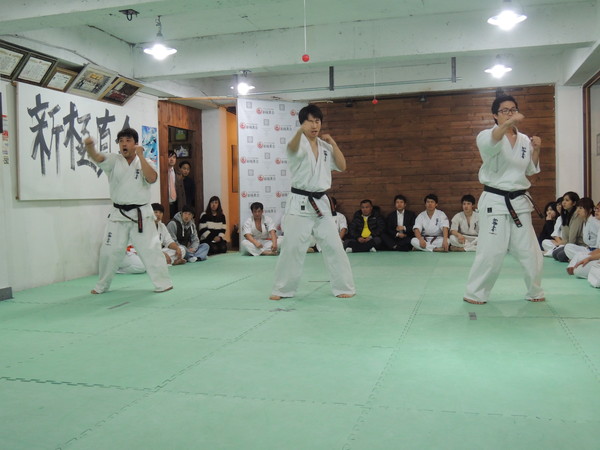 Although Korea is an important country for Japan, there are diplomatic issues that need be solved together by both countries. We Karate-ka would like to focus on further improving the Japan-Korea friendship through Karate. We sincerely hope that through time, these issues can be solved through the mutual understanding of each other’s thoughts and feelings. (Shinkyokushinkai Public Relations) 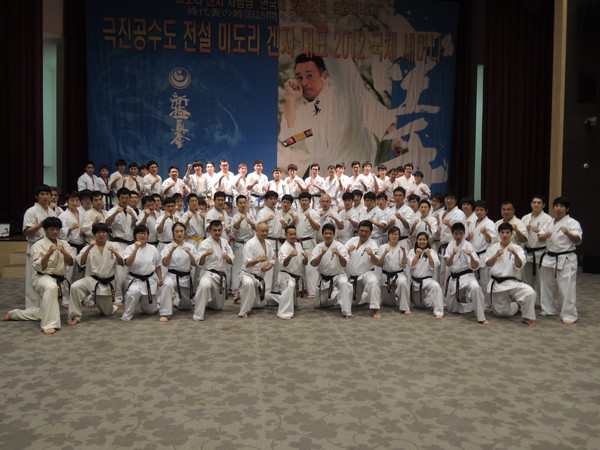