Shihan Jesus Talan visited Ełk, and my dojo during 3-4 November 2012.
236 participants from 11 dojos from Poland, Lithuania, Belarus took part in a 2 day seminar.

Shihan Talan in a very clear way shared his knowledge and presented his great abilities in practice. In the most difficult moments Shihan’s Spanish personality was encouraging for everybody. Thanks to it, smiles were often on many faces of the participants. The presence of Shihan Talan and his commitment at the seminar made the weekend a big celebration of Karate for all present. 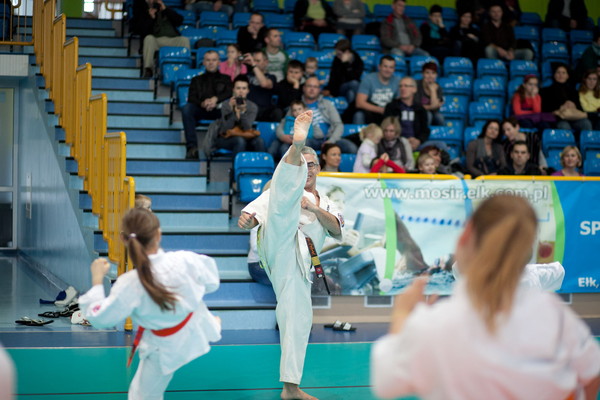 The morning training started with kumite elements and ido-geiko stressing that these elements inseparably unite Karate. At the end there was team kumite tournament, which the group of green and brown belts won. 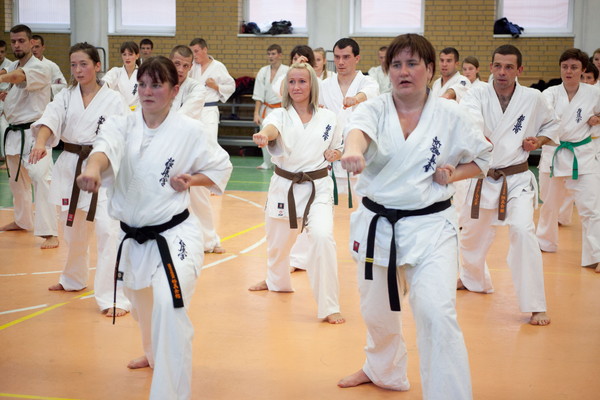 The first training was longer than one hour, so after a 15 minute break the second training started. Shihan made it important how we moved during the fight and how we developed our strength and stamina, also using the training shields.

The third training started with a short photo session, then Shihan ran a 30 minute training on the coordination ladders. Particularly difficult were jumps with the kicks, which once in a while were developed into additional kicks and strikes. After a short rest, we continued the training, concentrating on work with a partner and training elements which develop blocking in fight.

The seminar finished with a huge applause for Shihan and shaking hands with everybody. In the evening there was a sayonara party, where a bowling tournament took place.

The next day Shihan ran several trainings in Ełk dojo, and there was also a solemn dinner with the presenc of vice mayor of Ełk, Mr. Artur Urbański and instructors.

In the afternoon in the sports hall, a 2 hour training for kids took place. 110 children took part in this session and many parents were present. The kids had the biggest fun during physical games with the partner and in groups of six, the training of kicks and Shihan’s show with other participants. Surprising for all was a huge cake cut by Shihan and everybody could taste it. 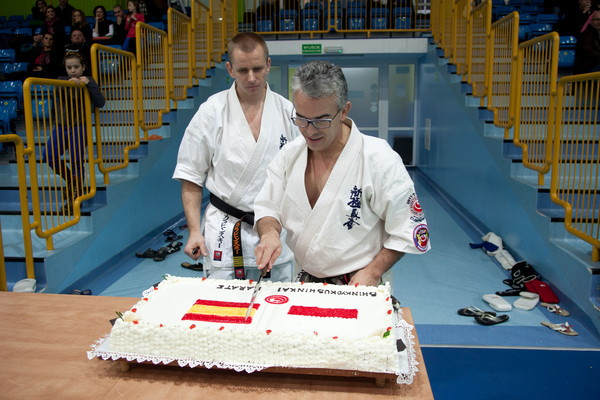