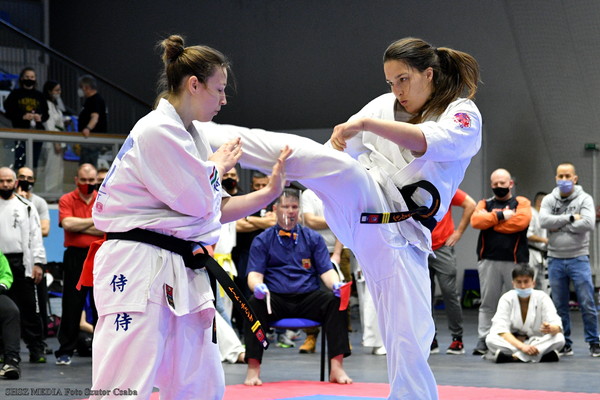 The Hungarian Shinkyokushin National Championship 2021 took place in Nyíradony on 25th April.
More than 200 competitors of 38 clubs took part in the tournament, held in general and youth categories even in this viral period.
The majority of the fighters were from Shihan Tamás Szabó’ s branch and Shihan József Stefanovics’s branch, and the Dojo of Shihan Csaba Rácz’s sent the most fighters.
The world champion, Sensei Csenge Szepesi, was qualified herself for the European Karate Championship in this tournament. The competitors fought really hard, and the several young winners among them will enter as well for the European Karate Championship for Adults, which will take place in Tbilisi, Georgia, in June.
The main referees of the championship were Shihan Olivér Bogdan and Shihan Zoltán Pápai.