The 2012 Australian Open tournament was held on then weekend of the 11th. and 12th. Of august at the White Eagle House in Geelong.

The Organiser of this event was Shihan David Jacobs.

The highlight of the first day was a very strong performance of Kata Sushiho by Sensei Dorothy Volke, Sempai Marie Keatley and Sempai Trish Thomas who won the Open Kata Division.

The second days fighting featured the finals of the point fighting and the full contact divisions which is of course what the style is renowned for.

We were fortunate to have Hayashitani Shihan and two Japanese female fighters Noriko Yokoyama and Maiko Tamaki participating in the event.

The Novice division was won by Lachlan Kent with two Wazari a god effort from this young competitor.

The day featured some very strong performances with both Japanese fighters giving a good account of themselves, Maiko Tamaki was very impressive as she was at a very big size and weight disadvantage.
The Australian female competitors greatly appreciated the opportunity to fight the Japanese girls and gain much needed experience.
A very strong Noriko Yokoyama placed first in this division, Anneliese Texler gave her all and placed second with a courageous Maiko Tamaki placing third.
Both Zoom Beck and Amanda Madruga fought strongly and should find this a good preparation for the selection Tournament.

The men’s middleweight division was a very closely contested event with the first three place getters being very even.
Matthew Ah Chow showed great skill and courage with a very severe weight disadvantage not holding him back in the slightest to take second place and the Fighting Spirit Award.
The surprise package of the day in the division was Jacob Comelli who has improved considerably to take third place and the Technical Award, but the strongest competitor on the day was Hamid Zandi who took out first place and also the Grand championship by defeating the Heavy weight Champion a truly great effort.

The Male Heavyweight Division was dominated by veteran Heavy weight Andre’ Nakad who swept all before him with devastating low kicks to win the division in comprehensive fashion.
Second place went to another surprise package Alistair Kent who on his debut entry into the open Division used nice combinations and aggression to take out second place, we expect to see good things in the future from this young fighter.
Alexander Kocic a former Champion was not at his best this event and was relegated to third place I am sure he will come back stronger next time. 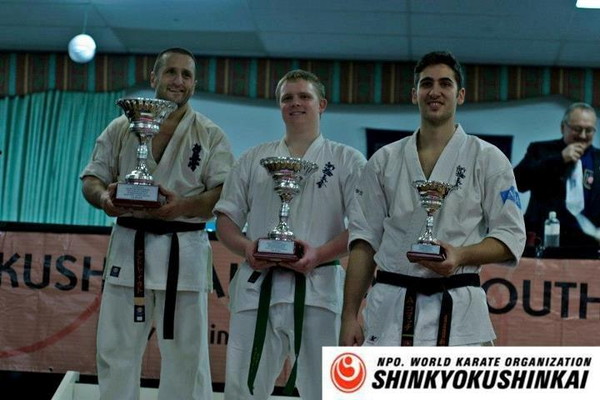 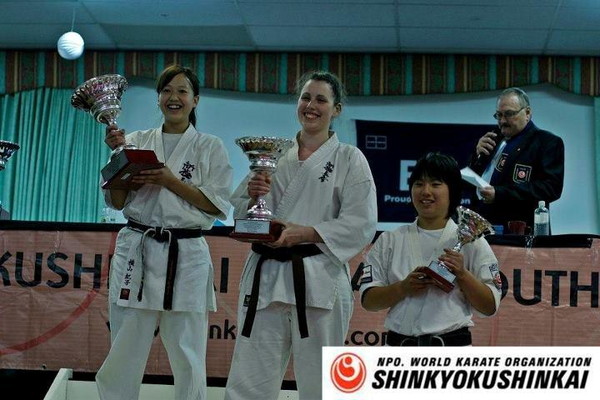 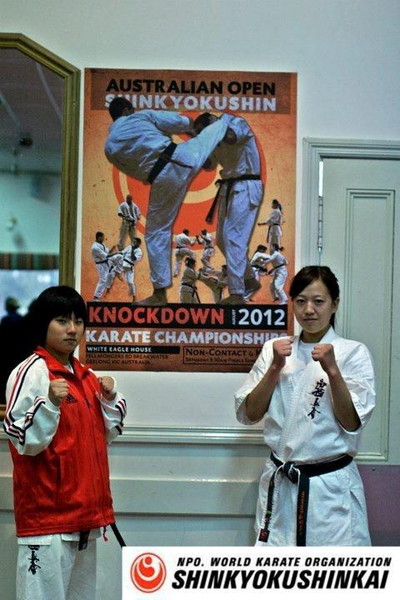