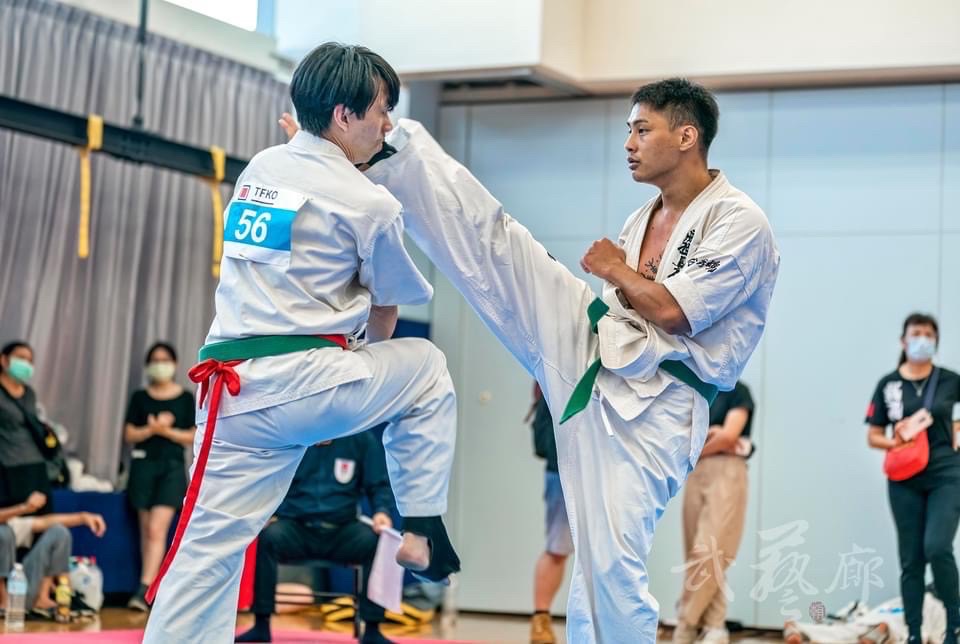 The global turmoil this year has been affected by Covid-19, and the world has come to a standstill. All non-essential social activities were completely suspended during the past two years, and Taiwan was also affected.
Since May 2021, there have been a number of mass infection incidents in Taiwan. The government immediately activated the epidemic prevention mechanism. This time the state of emergency lasted for three months. At the same time, TFKO was at the early stage of its establishment and was planning to hold its first regional event, the first all north Taiwan open tournament. But it had to be postponed due to an emergency order issued by the government several times. Finally, the tournament took place on 25th September.
Despite the influence of the severe epidemic, this competition still assembled six organizations, 69 competitors, and 30 staff members who worked together to complete the Junior Division, Women’s Division, Men’s Beginner, Men’s Advanced General, and other competition groups. The tournament had great success, and it showed the perfect unity of everyone.
The encouragement and motivation for the players will definitely make everyone more courageous to face the difficulties to come and grow up. With the mutual trust and cooperation of the government and the people, we will be able to return to normal life as soon as possible. We are looking forward to the second round of the competition.